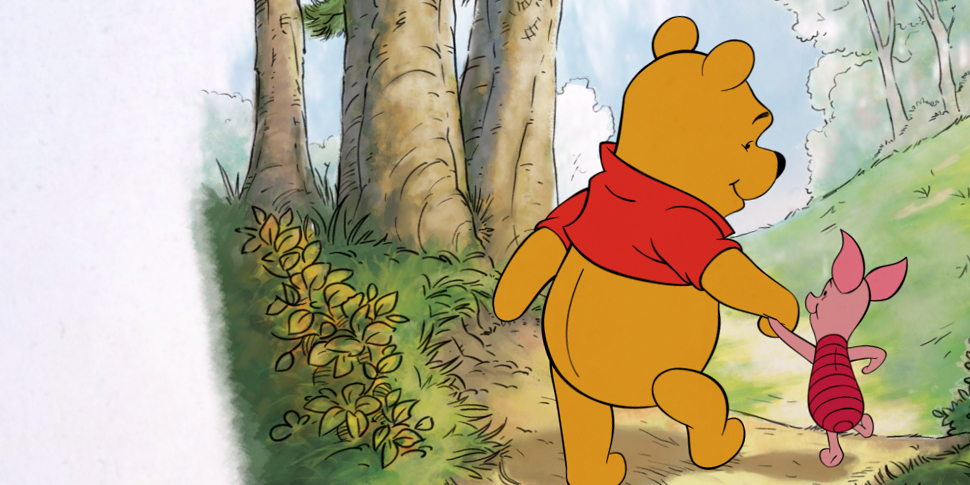 The True Meaning of Friendship

I’ve been thinking about friendship, the true meaning of friendship.

When we’re young we don’t seem to have a lot of requirements when choosing a friend, but as we gain some life experiences we become a little more discriminating.

Friendships go through seasons, just like any other relationship. Some close friends drift apart, others fade away, some just limp along and a few…very few work through their issues, they talk about what’s going on.

As I was contemplating this I became very clear on what I want in a friendship. One of the most important aspects for me is honesty. I want to know what’s going on…good or bad…whether on my end or my friend’s. Whether it’s awkward, painful or difficult; I want honesty!

Tell me if I’m the problem in the relationship; tell me if I have done something to hurt you. I want to know where I stand. I don’t want politeness, avoidance, putting up with or putting on a good face.

Tell me if you are having problems. Let me know if you can’t seem to move on and need to cry, complain or just plain stay depressed for a year.

By being honest you give me the choice how to show up in our friendship.

So often, as I listen to others, there seem to be issues that come up, maybe a phase in life, maybe a personality quirk, more often though it’s just a misunderstanding that becomes the undoing of the friendship. In a truly good friendship one can discuss that.

Just recently someone shared that she was very hurt by her friend who seemed dismissive.

Typically, in relationships, we just charge ahead and act as if nothing is wrong. We’re OK…on the surface. Underneath, however, we hurt. That hurt doesn’t disappear just because we pretend we’re OK. These things usually add up over time and create a bigger rift that often can no longer be bridged.

It takes love and honesty, a desire to have a solid relationship, loyalty and an ability to see a bigger picture to address the issue in a way that isn’t critical and accusatory. It takes being vulnerable and authentic.

It takes being open and real.

After mulling it over for a while, this person chose to address it with her friend in a genuine and open manner without blame. The result was a loving, honest conversation wherein both saw that there were several misunderstandings. Both walked away feeling heard and surprised by the love that showed up in the conversation and each felt honored in their relationship.

It strengthened their friendship.

On the other end of the spectrum, another woman told me that she was fed up with the fact that her (loyal, supportive and caring) friend expected her to come to her side of town too often for get-togethers and rarely had time to come to her.

She had simply had enough with that behavior and besides she could point out lots of other faults as well.

It was easy to see that this was all about feeling hurt and insignificant.

As you might guess, that friendship went by the wayside, slowly but surely. There was no honest, real conversation about misunderstandings and hurt feelings, which left both of them bewildered, hurt and abandoned by the other and subsequently justified in letting go of what was a good friendship.

We all have quirks, annoying habits, less lovable aspects… those things can be dealt with if we value the relationship. It takes two, of course. As in any relationship, both parties have to be willing otherwise there is no relationship.

Although we can never really walk in someone else’s shoes, we can attempt to see life from the other’s perspective. We can try to put ourselves in the other person’s world and gain a better understanding for their choices in life.

The other thing I know that I want is Loyalty. If we have reached a place where we have seen the other in good situations and bad, happy and sad and still decide to be friends, then we have a solid friendship.

If one of those friends goes through an especially hard time for whatever reason…..maybe a year or more…..hang in there with them. Be loyal! Life is tough, plans don’t turn out; the boat may capsize in the rough seas of life…hang in there with your friend.

“Friends show their love in times of trouble, not in happiness.” – Euripides

Come back to the honesty if he or she complains too much or is a downer for too long.

Once you have found that, don’t let it go for any reason.

“There is nothing on this earth more to be prized than true friendship.” – Thomas Aquinas 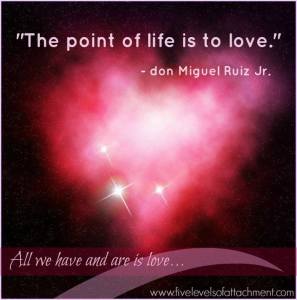 Marriage is one of the most difficult relationships to get right. At least a healthy, successful one. Just look at the divorce rate in this country. It’s sad!

There is so much advice out there and I’ve read a lot of it. Some of the tips and suggestions offered seem almost ridiculous.

Yet, isn’t it what we all long for? A relationship in which we can be ourselves, where we feel seen, accepted and can experience true intimacy.

It requires a number of moving parts. People disagree on what they are, but the extraordinary and strong relationships I know have the same ingredients in common.

Here is a summary of essential tips for a happy and rewarding marriage. Joshua Becker is a contributor. You can find his blog at http://www.becomingminimalist.com

2. Self-awareness. Be willing to look at yourself with some honesty. Watch your behavior. Are you always doing the talking, never listening? Are you really as laid back as you like to think? Do you tell little white lies, but insist that you are a sincere and truthful person? Do you try to please others too much, but feel resentful? You get the idea. If others repeatedly tell you a certain something, maybe it’s time to look if it’s true. It is important to assess yourself on a consistent basis in order to live with integrity in your life and your marriage. What you do, say, feel and think are in congruence. This eliminates conflict.

4. Humility. We all have weaknesses and relationships always reveal these faults quicker than anything else on earth. An essential building block of a healthy marriage is the ability to admit that you are not perfect, that you will make mistakes, and that you will need forgiveness. Holding an attitude of superiority or constantly criticizing will bring about resentment and will prevent your relationship from moving forward. If you struggle in this area, grab a pencil and quickly write down three things that your partner does better than you – that simple exercise should help you stay humble. Repeat as often as necessary.

5. Patience/Forgiveness. Because no one is perfect (see #3), patience and forgiveness will always be required in a marriage relationship. Successful marriage partners learn to show unending patience and forgiveness to their partner. They humbly admit their own faults and do not expect perfection from their partner. They do not bring up past errors in an effort to hold their partner hostage. And they do not seek to make amends or get revenge when mistakes occur. If you are holding onto a past hurt from your partner, forgive him or her. It will set your heart and relationship free. Sometimes forgiveness takes time, but be willing, because ultimately it keeps you from becoming bitter.

6. Time. Relationships don’t work without time investment. Never have, never will. Every successful relationship requires intentional, quality time together. And quality time rarely happens when quantity time is absent. The relationship with your spouse should be the most intimate and deep relationship you have. Therefore, it is going to require more time than any other relationship. If possible, set aside time each day for each other. Spend time thinking of new and different ways to have fun together. Getting stuck in a rut is deadly.

7. Honesty and Trust. Honesty and trust become the foundation for everything healthy in a marriage. But unlike most of the other essentials on this list, trust takes time. You can become selfless, committed, or patient in a moment, but trust always takes time. Trust is only built after weeks, months, and years of being who you say you are and doing what you say you’ll do. It is about having integrity. It takes time, so start now… and if you need to rebuild trust in your relationship, you’ll need to work even harder.

8. Communication. Successful marriage partners communicate as much as possible. They discuss kids’ schedules, grocery lists, and utility bills. But they don’t stop there. They also communicate hopes, dreams, fears, and anxieties. They don’t just discuss the changes that are taking place in the kid’s life, they also discuss the changes that are taking place in their own hearts and souls. This essential key cannot be overlooked because honest, forthright communication becomes the foundation for so many other things on this list: commitment, patience, and trust… just to name a few.

9. Transparency. This is a part of communication; honest, authentic, soul-baring communication. You have to be willing to share your deepest, sometimes darkest self. There is no holding back or being secretive about certain things. Without this willingness to be open, to be transparent, there can be no true intimacy.

10. Selflessness. Although it will never show up on any survey, more marriages are broken up by selfishness than any other reason. Surveys blame it on finances, lack of commitment, infidelity, or incompatibility, but the root cause for most of these reasons is selfishness. A selfish person is committed only to himself or herself, shows little patience, and never learns how to be a successful spouse. Give your hopes, dreams, and life to your partner. And begin to live life together.

Marriage requires that you stay present! It is demanding, but the rewards are worth it. Spending your life with another person can bring experiences and emotions that are beyond words. 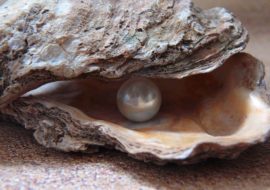 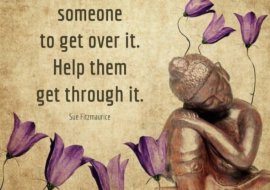 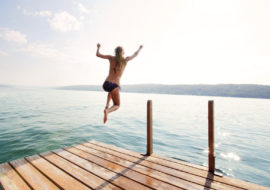 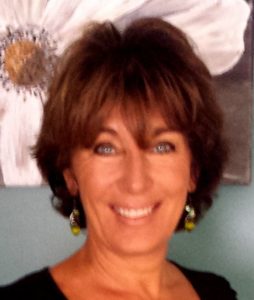